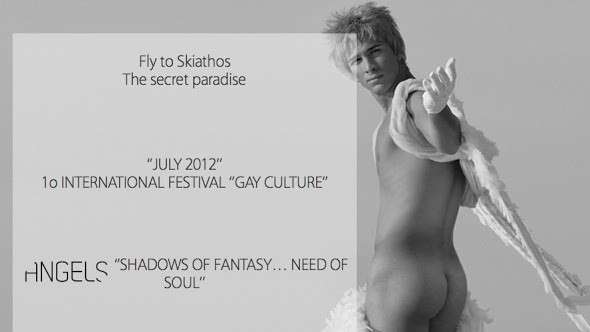 The less known island of Skiathos in Greece, as featured in the Mamma Mia film, is to host the Skiathos Gay Culture Festival in July 2012, in what could become an annual event of art exhibitions, beach parties, V.I.P. parties, beach wrestling and beauty competitions.

The festival intends to promote gay culture and involves art events and exhibitions as well as themed parties and other events. Organised sailing cruises on yachts as well as private flights are available for the ones who wish to enjoy a more private holiday.

Skiathos is one of the greenest islands in Greece and has been nominated as the most popular Greek destination in 2010. The island has a lot to offer in terms of sightseeing and culture. Its beautiful beaches such as the so-called “Small Banana” are some of the most popular beaches in Greece, and according to Tripadvisor the best Greek beach 2012.

Ideal for visiting close by islands such as Skopelos and Alonissos, where holidaymakers might also have the chance to see the seals that live in the caves of the island. Skiathos enjoys a number of visitors during summer not only because of its natural beauties and crystal waters but also because of the excellent nightlife that it has to offer.

The area of Skiathos Town which is the centre of the island is characterized by stone paths, traditional taverns and restaurants and affordable bars and nightclubs. Taking into account that Mykonos is one place that it has been extensively visited, Skiathos is hoping it will stand as an alternative potential destination not only for the gay society, but for every holidaymaker.

For more about the event visit Skiathos Gay Culture Festival.