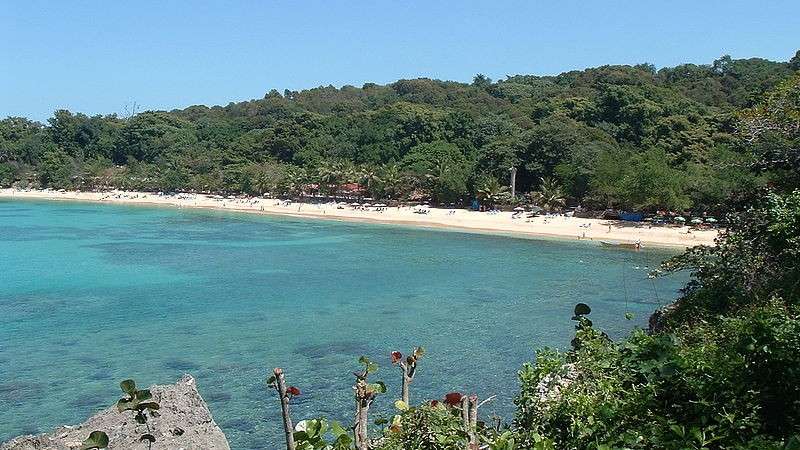 Sosúa is a small town in the Puerto Plata province of the Dominican Republic. Located approximately 4 miles from the city of Puerto Plata, has been a top tourist destination for Europeans for nearly three decades. There is a very large expatriate community which consists of mostly German, English, American, and Canadian expats.

In 1938 Rafael Trujillo offered to accept up to 100,000 Jewish refugees, about 800 German and Austrian Jewish refugees received visas by the Dominican government between 1940 and 1945 and settled in Sosua. The government provided them with land and resources with which they created a dairy and cheese factory, named Productos Sosua, still in existence today.

Descendants of the original settlers still live in Sosua, where they maintain a synagogue and a museum. The town was little known until tourism took off in the island in the mid-’80s.

Sosua Bay attracts many water sports enthusiast, including snorkelers and divers because of its sheltered, calm waters, diverse species of fish and intricate reef structures. In the winter, whale watching is also a popular tourist activity in Sosua Bay.

The beach bears both the names Playa Alicia and Playa Casa Marina because of the hotel in close proximity that bears the same name. There are several other beaches, Sosua Beach, which is a crescent-shaped bay protected by coral formations and clear waters for divers and snorkelers. A very large population of expatriates share their culture and mingle with locals and foreigners.