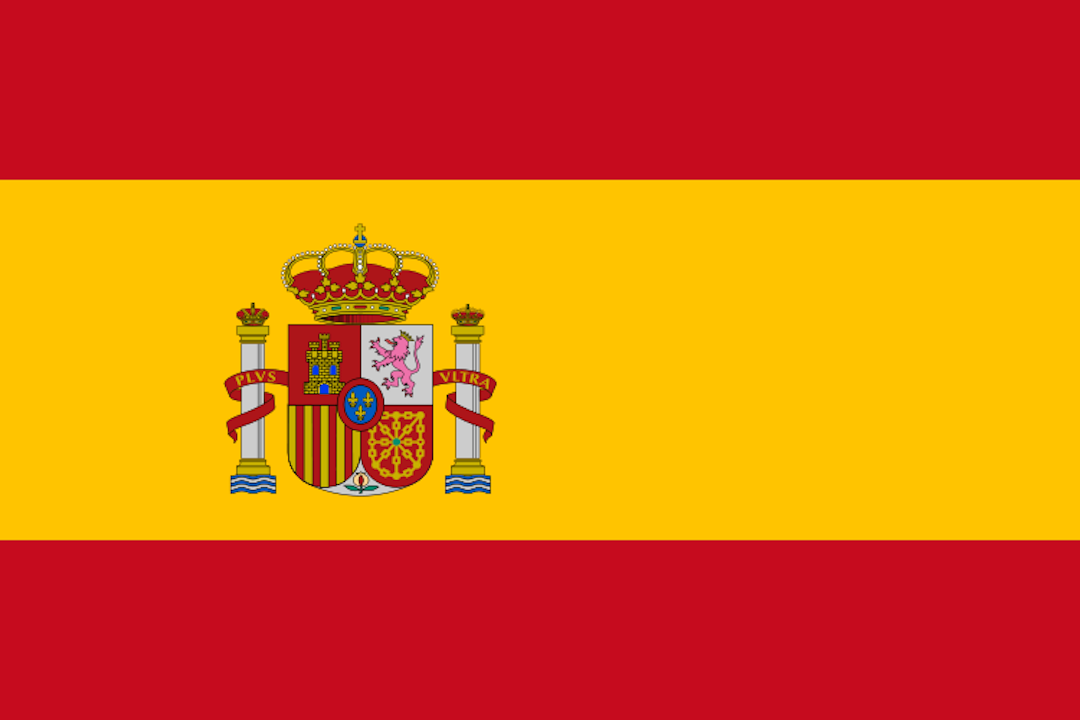 Spain is a favourite destination with its perfect climate, history and artistic and creative flair, but its the hospitality and energy of the people that make you want to come back again and again.

Spanish life is much more relaxed compared to other developing nations, time for family, friends and life itself is a matter taken seriously. Its friendly inhabitants, relaxed lifestyle, cuisine, vibrant nightlife, and world-famous folklore and festivities, great beaches, fun and historic cities, Spain makes a great destination for any kind of trip.

Officially the Kingdom of Spain, located in southwestern Europe on the Iberian Peninsula, is the second-largest country in Western Europe, it became a global empire, and is the world’s second most spoken language by native speakers. Spain is a democracy organised in the form of a parliamentary government under a constitutional monarchy. A developed country with very high living standards, including the seventeenth-highest quality of life index rating in the world.

After Italy, Spain has the second-largest number of UNESCO World Heritage Sites. Among many places worth visiting are Spain‘s thriving capital Madrid, the vibrant coastal city of Barcelona, the famous “Running of the Bulls” at Pamplona, major Andalucian cities with Moorish architecture, like Seville, Granada and Cordoba.

Spain claims Gibraltar, a 6 square km Overseas Territory of the United Kingdom in the southernmost part of the Iberian Peninsula. Then a Spanish town, it was conquered by an Anglo-Dutch force in 1704 during the War of the Spanish Succession. The legal situation concerning Gibraltar was settled in 1713 by the Treaty of Utrecht, in which Spain ceded the territory stating that should the British abandon this post, it would be offered to Spain first. Ever since the 1940s Spain has called for the return of Gibraltar, Gibraltarians strongly oppose this, along with any proposal of shared sovereignty.

According to the World Bank, Spain‘s economy is the ninth largest worldwide and the fifth largest in Europe. During the last four decades, the Spanish tourism industry has grown to become the second biggest in the world. Spain‘s identity consists of an overlap of different regional identities including the Basques, Catalans, Galicians and Castilians. Spanish music is often considered abroad to be synonymous with flamenco, an Andalusian musical genre.

Spanish food is heavily influenced by seafood available from the waters that surround the country, such as pescaato frito (fried fish), cold soups like gazpacho and rice-based dishes like paella. Food is traditionally conserved by salting, like Spanish ham, or immersed in olive oil. Tapas, which are a bit like “starters” or “appetizers”, but are instead considered side orders to accompany your drink at bars and small eateries.

The best places to meet people are in bars, the time to go out for copas (drinks) usually starts at about 11 PM-1 AM, clubs are relatively empty before midnight and most won’t get crowded until 3 AM, this is due to the climate as this time of night is said to be the coolest.

Bullfighting is seen by most Spaniards as a traditional sport, bulls are killed after the show and the meat used. It is customary to kiss friends, family, and acquaintances on both cheeks upon seeing each other and saying goodbye. Despite being a Catholic majority country, homosexuality is quite tolerated in Spain and public display of same-sex affection would not likely stir hostility. In fact, same-sex marriages are legal and recognized by the government and provide legal benefits to same-sex couples.

I am biased towards my feelings for Spain, the people have always welcomed me, life is relaxed and an appreciation of life itself is enjoyed by all. I return to Spain year after year with Barcelona and Seville as favourite places, and now call those that have invited me into their homes part of my family today.

The capital and political heart of Spain, rich in history, art, architecture and design. It also boasts one of the most liveliest nightlife in the world, and as in anywhere in Spain, the people are warm, welcoming, and sexy too.

I have a love affair with Seville, having lived there for six months it still seems to charm me every time, getting lost in its labyrinth of streets and alleyways. Seville historically is where Columbus set for the new world, his tomb rests in the largest gothic cathedral in the world any you can view logs of Columbus at the Archives of the Indies.

The birthplace of Picasso, this region has been taken over by holidaymakers and is a gateway to the Costas and nearby seaside resorts.

Situated in a valley surrounded by mountains and a views of a moorish castle, theAlhambra is certain to amaze and the best preserved castle I have ever seen. Granada is a small town with rolling hills and streams, in the winter there is skiing nearby. Flavours of the moorish teas and small bites of tapas as served with every drink.

Up in the Andalusian mountains this is a small town with some of the most pleasant views and farmland, its the birthplace of the bull fighting, a magical sort of place but not one that most people would stay for a long period, it certainly deserves a visit.

This small and charming town hosts an annual Carnival, the best in Spain, or so say the locals. I left Cadiz charmed by its colourful coastal homes. Known as the oldest continually inhabited city in western Europe.

Las Ramblas is just one of those roads you can simply wander and get amused by street entertainers, this place is exciting and buzzes, the architecture is sure to change your views with some of the most imaginative creations of Gaudi, Barcelona is a fabulous destination and probably the most creative city on the planet.

Just outside of Barcelona, this small sea-side town boasts great beaches and an active gay nightlife.

A small town in Catalunya where independence was lost to Spain.

An island of the Canary Islands, volcanic with mountains and sand dunes of Maspalomas, mostly a holiday destination for tour operators through Europe.

For more visit the Spain listings for posts not listed here.