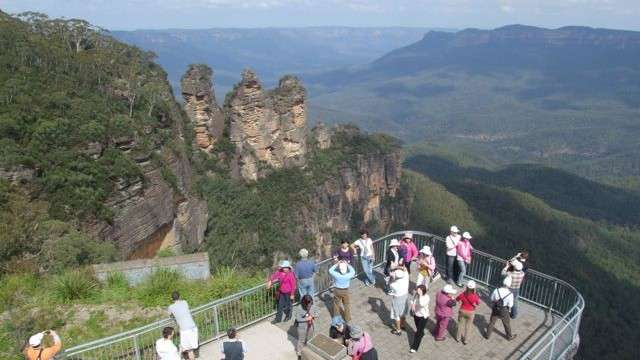 I was lucky to be in Sydney for one of the biggest events of the year, Sydney Gay and Lesbian Mardi Gras. The whole city comes to celebrate diversity, building up to an evening of lights, colours, costumes, music, floats and dancing on the streets as the parade marches along Oxford Street. Mardi Gras Parade has grown to become a major cultural event and its appeal stretches well beyond Sydney‘s gay community and its close supporters. Over half a million Sydneysiders turn out each year to cheer on the parade.

What started as protest marches back in 1978 has grown to an event of openness and celebration of sexual preferences and practices. Though Australia has yet to go a long way towards acceptance of Gay marriage (2009) it has supported the Mardi Gras event through financial means and acknowledging this unique event to showcase the world its open-mindedness and acceptance of diversity.

Always with political tones and religious statements, Mardi Gras (or Pride) is a declaration that people exist that don’t conform to statements considered ‘normal’. In the modern world we have to challenge our thinking and adapt our laws and rules.

Sydney is recognised worldwide for its vibrant gay community. Every year, the Sydney Gay and Lesbian Mardi Gras are celebrated at the end of February, drawing people from all over Australia and the world for the celebrations.