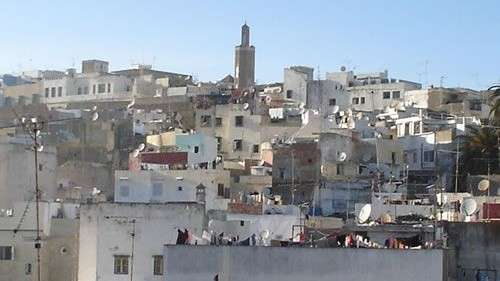 Tangier is an interesting mix of North Africa, Spain, and France, located in northern Morocco, was under joint international control until 1956, separated from Spain only by the 20 miles of the Strait of Gibraltar.

Only a few days here was certainly a shock for a westerner like me, culturally it was completely different to Europe, but one which meant I was always on guard. There are some experiences which are well engrained in my memory, such as our time at the rug market where mint tea was on offer while dozens of rugs were rolled out in the presentation, only to find in the end that no offer was too little to complete a sale.

The history of Tangier is very rich due to the historical presence of many civilizations and cultures starting from the 5th century BC. Between the period of being a Phoenician town to the independence era around the 1950s, Tangier was a place and sometimes a refuge for many cultural diversities. However, it wasn’t until 1923 that Tangier was attributed to an international status by foreign colonial powers, thus becoming a destination for many.

Walking is the best way to see the relatively compact Tangier. The Medina area is a complex array of alleyways some of which can only be accessed on foot. Tourism is a major source of revenue, though the traveller beware, expect to be intimidated and followed for being the outsider. Though in general, it is a safe place, single travellers are more at risk of falling into situations which can be frightening.

Though I only spent a few nights in Tangier, it was enough to say it wasn’t the sort of place I felt comfortable, watching over my back often and hassled by the many vendors and street guides looking to show you the way. It is not the sort of place I plan to visit again.

Tangier is a short distance from southern Spain and Gibraltar, and good trip to take if your near and brave enough to do so.