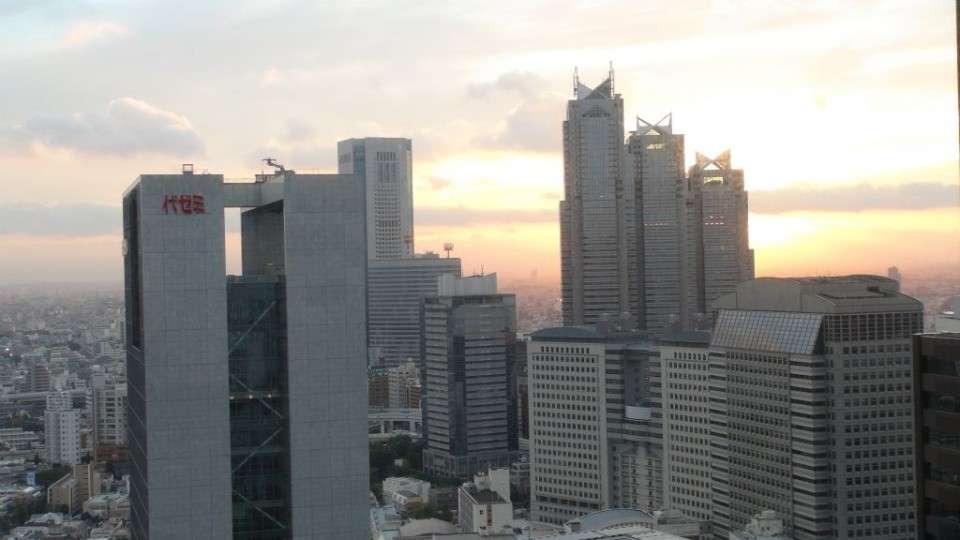 All roads, rails, shipping lanes and planes lead to Tokyo, the capital of Japan, is the most populated urban area in the world, at over 12 million people in the official metropolitan area alone, a population of 35 million people if you include Greater Tokyo.

The size of Tokyo can intimidate the first-time visitor. Much of the city is a jungle of concrete and wires, with a mass of neon and blaring loudspeakers. At rush hour, crowds jostle in packed trains and masses of humanity sweep through enormous and bewilderingly complex stations.

The biggest part of the Tokyo experience is just wandering around at random and absorbing the vibe, poking your head into shops selling weird and wonderful things, sampling restaurants where you can’t recognize a single thing on the menu (or on your plate), and finding unexpected oases of calm in the tranquil grounds of a neighbourhood Shinto shrine. It’s all perfectly safe, and the locals will go to sometimes extraordinary lengths to help you if you just ask.

Tokyo was originally known as Edo, which means “estuary”. Its name was changed to Tokyo (to (east) + kyo (capital) when it became the imperial capital in 1868. During the early Meiji period, the city was also called “Takei”.

Arriving at Haneda International has been the most efficient airport I’ve ever gone through. Leaving the aircraft to catching my train took only 20 minutes, including passport control, baggage pick-up and customs clearance. At 5:26 am I was on my way to my hotel to drop off my bag, early arrivals usually mean burning some time before an afternoon check-in, so my plan was to become familiar with the surrounding area and get some things sorted.

I arrived on a national holiday, Respect-for-the-Aged Day, the third Monday of September is a unique Japanese national holiday which honours and shows respect to the aged. This is also the day for the Japanese people, with the highest life-expectancy rate in the world, to think about social welfare issues that concern senior citizens.

I expected a mad rush hour and packed trains but was not the case. Instead, I watched the rising sun from the seat of my train and found the streets empty and clean while I wheeled my bag to the hotel. It was only 6:45 am, it would be seven hours before I could check-in.

Instead of the chaos and madness, I expected, found what seems to be the most ordered social culture where respect, greetings and patience seems to be the way of life, structure and order. Waiting for the train people queue in front of white painted lines on platforms where doors will open, form single lines, passengers off first then board.

Having familiarised myself with the Shinjuku area made my way to the Metropolitan Buildings for sky-high views of Tokyo, entrance is free, giving a good view of the city. The building also has a Tokyo tourist office which provides free maps and advice.

With itinerary in hand started my day from Shinjuku station, worlds busiest train station with approx 3-4 million passengers per day. Took the Chou Line from platform 8 to Tokyo Station, a red brick facade building restored to a pre-World War II appearance, a contrast between old and new Tokyo of the surrounding buildings. Proceeding down the wide street from the centre of the station and past a moat, Wadakura-bori, continuing on beyond the Wadacura Fountain Park, finally arrived at a large park and Imperial Palace, which is closed to the public, except for two days of the year (2 January and 23 December).

The main part of the palace grounds, Imperial Palace East Garden, is open to the public and free to enter, but don’t expect much, I was underwhelmed by it, with moat and walls around the park, few paths and not much more. My feet could have done without the extra steps visiting these gardens. Returned to Tokyo Station to take Yamanote Line to Ueno, then changed to Metro Ginza Line to Asakusa where I was rewarded with a much more interesting place worth visiting, Sensoji Temple.

Tokyo city size and populated is incredibly efficient and ordered. London is one third the size of Tokyo (population) but is more chaotic to get around. Even walking down the streets of Tokyo I never feel crushed or packed in, it flows, it has a rhythm and heart, much like everywhere in Japan. London seems confused and crowded in comparison, perhaps due to a more multicultural society where each conforms to their own ways. Where in Japan there is more unity, and respect for people and others, something many countries in the west have none of. I’m not saying Japan is perfect, but it’s near enough what a utopian society would be.