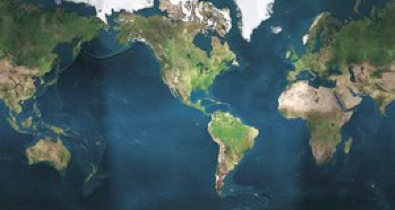 A compilation of the top travel destinations  as predicted and announced by the some the web’s most popular travel websites.

Its hard to predict what the next travel hotspots will be but I’ve looked around and complied a list from some of the most recognised travel websites and put together this list of the world’s best journeys, destinations, and experiences for the coming year.

Lonely Planet released the ‘Best in Travel 2010’ list, ranking Iceland a top ten money-saving vacation destination in 2010, due to the low local exchange rate, has allowed travellers and tourists to holiday in Iceland at a much lower price. Explore volcanoes and ice caps and bathing in hot springs, 2010 is your year.

El Salvador, Malaysia, Morocco, Nepal, New Zealand, Portugal, Suriname, Greece, Germany, and the United States. Only three European countries are on this list including Greece, one of the more affordable countries Americans can visit in Europe and get good value for their money..

Top Cities to visit in the World:

International competitions like the World Cup and Winter Olympics will increase visitor numbers to South Africa and Vancouver, and other tourists will be inspired to visit cities like Stockholm due to its title of European Green Capital for 2010.

Topping the list of popular destinations is Cape Town, which is expecting around half a million supporters for the world’s biggest international football competition

It is hotly followed by Istanbul, which has taken over the accolade ofEuropean Capital of Culture from Vilnius in Lithuania.

Delhi is also holding the Commonwealth Games next year, once again attracting the sporting crowds, as well as cultural visitors.

So for all you nature lovers and all of you who love to travel, here is the list of the 25 must-see places in 2010 (alphabetical order):

Brittany: A fantastic destination for families due to its proximity to the UK and excellent beaches with a notable drop in property rental prices and making it excellent value for money in 2010.

Nicaragua: Set to be the next big Latin American destination, visitor numbers to the country have been increasing steadily in the last few years.

Yala National Park, Sri Lanka:  Perhaps the world’s best place for leopard-spotting, but it’s been off the map for many travellers in the last decade due to the Civil War. However, the end of the conflict has seen Foreign Office warnings on the area softened, and so visits are once again possible for UK operators. Sri Lanka generally looks a great bet for 2010, as prices are really low after years of low tourist numbers. Get there before the hordes catch on…

Praa Sands, Cornwall:  The village of Praa Sands, is said to enjoy the longest hours of sunshine in the UK. If that wasn’t enough, its consistent waves make it perfect for savvy surfers, yet is is nowhere near as well known as hotspots like Newquay.

Papua New Guinea:  The Lost Land of the Volcano series on BBC1 has placed Papua New Guinea firmly on the radar of intrepid travellers planning their next adventure. And rightly so: this is the place to marvel at masked fire dances, dense jungle of the Baining Mountains, snorkel the azure blue waters of the Duke of York islands and camp by an active volcano, Tavurvur.

Bulgaria:  Perhaps better known as a busy Black Sea enclave, there’s a quieter side to Bulgaria just waiting to be discovered. Currently a very inexpensive destination, there’s never been a better time to explore Bulgaria’s impressive array of monuments, monasteries and museums, and beautiful, diverse landscapes. History buffs will be bowled over, too, by the tangible evidence of the many ancient civilisations that have left their mark on Bulgaria – including the Thracians, Greeks and Romans.

Bhutan: Hidden in the Himalayas, Bhutan is eternally overshadowed by its powerful neighbours, India and China. It ought not to be: having been inaccessible for years, Bhutan boasts a unique, traditional Buddhist culture, as well as gorgeous scenery and rich biodiversity. A democracy since 2008, the ‘Land of the Thunder Dragon’ is now much easier to reach, although tourist numbers remain controlled. Smoking-ban stalwarts will love it though: Bhutan is the world’s only country to prohibit the sale of tobacco.

South-Eastern Sicily: Most of Sicily’s very well-trodden in tourist terms, but much less so the island’s Baroque south-east. This is a region of long sandy beaches, river valleys, Greek heritage sites, sprawling farms and honey-coloured, crumbling towns that stay hot well into October. WhilstTaormina to the north – a great two-centre combination with south-eastern Sicily – has long been lauded, this more rustic corner of the island receives far fewer visitors… for the moment, anyway.

Northern Peru:  Less accessible than the south, Northern Peru is deeply intriguing – pre-Inca archaeological sites and cultural treasures are both abundant and still being discovered. Take the Tombs of Sipan: discovered largely intact in 1987, with many precious gold and ceramic artefacts. Other sites include the Huacas del Sol y Luna (adobe pyramids) and the amazing Gokta Falls, while pink dolphins even swim in this region’s section of the Amazon.

Mirleft, Morocco: An ancient, traditional village on the country’s southern Atlantic coast, it is an intimate world away from the rainy days and recessions of home, and a great place to relax and reflect. A Saturday morning camel market provides local colour, and daytime temperatures rarely drop below 22ºC.

California by rail:  California’s picturesque railroads offer a fascinating way to see America’s Wild West, with giant redwoods, rugged coastlines and historic gold rush towns providing a unique holiday combination. The pristine wilderness of Yosemite and a ride on the renowned Skunk Train – so called because of its gas engine’s distinctive smell – never cease to impress.

Kosterhavet, West Sweden:  Sweden’s first marine national park opened in autumn 2009, meaning 2010 represents the first opportunity to see this beautiful area in the height of summer. New experiences will be available, such as hands-on boat trips with a marine biologist to explore the life in the park.

Beirut, Lebanon:  Still a relatively undiscovered gem for the independent traveller. The fascinating history and beautiful coastline are reasons enough to visit its vibrant capital Beirut.

Isle of Youth, Cuba: The Isle of Youth’s always been underestimated: post-revolution, young Cubans (hence the name) cultivated the island, establishing the varied plantations that today provide many of Cuba’s fresh vegetables. And now tourists are arriving – in 2009, the  Hotel Colony was refurbished, making visits to the Isle’s perfect beaches, ecological zones, cave paintings and crocodile farms that much more attractive.

The Faroe Islands: Nestling within the Gulf Stream in the North Atlantic, the unique and stunning Faroe Islands boast the highest sea cliffs in Europe, a virgin landscape unlike anywhere else on earth, and a unique culture and architectural heritage. As a tourist destination, the islands are little known, but with an increase in direct flights from London planned for 2010, that’s likely to change.

My favourite destinations in the world that I have visited, there are so many places yet to discover but for now narrowing it down to my personal favourites here:

Vietnam:  Simply untouched by the western world and thriving as a destination for the 21st century, history, culture and real value.

Sitges Spain:  Perfect seaside town in Catalunya Spain offering great beaches and white washed houses, but best of all its its liberal attitude.

Amsterdam Netherlands:  Besides the well known coffeeshops and Red Light district, Amsterdam really is the perfect place to get lost in its labrynth of canals.

Prague Czech Republic:  Simply stunning old quarter and town, walks to enchant and fairy tales that could have been true, this is where to imagine it all and see the real thing.

Barcelona, Spain:  Modern, chic, and sexy. Unlike other European destinations this town is up to date and modern and a good life too.

Rio de Janeiro, Brazil:  There are dangers anywhere we travel but Rio really is a sexy place to visit with a stunning location and plenty to see and do to entertain us.

Venice, Italy:  Not considering the pocket Venice stands on its own as somewhere really magnificent in terms of how it was built and still stands today, certainly must not be missed.

Toronto, Canada:  Canada’s buzzing metropolitan city with similar energy of New York but without the attitude, culturally rich and diverse and plenty on hand to keep you busy, it still remains as on of the world’s unrated destinations.

Canadian Rockies:  If you like camping and the outdoors then the Rockies can’t be missed, emerse yourself among glaciers and mountains, wildlife and forests.

Thailand:  Beaches and paradise can only be associated with Thailand, the land of smiles always makes a good welcome away.

Sien Reap, Cambodia:  Untouched and still underdeveloped, Siem Reap remains one of my favourite places with red dirt roads, strange customs and unique out of the way places to eat, and of course, its proximity to Angkor Wat.

There is lots of information here but I hope at least I have inspired you in some way to discover some new destination you never considered. Off the beaten track and undiscovered makes travel so much more enjoyable.