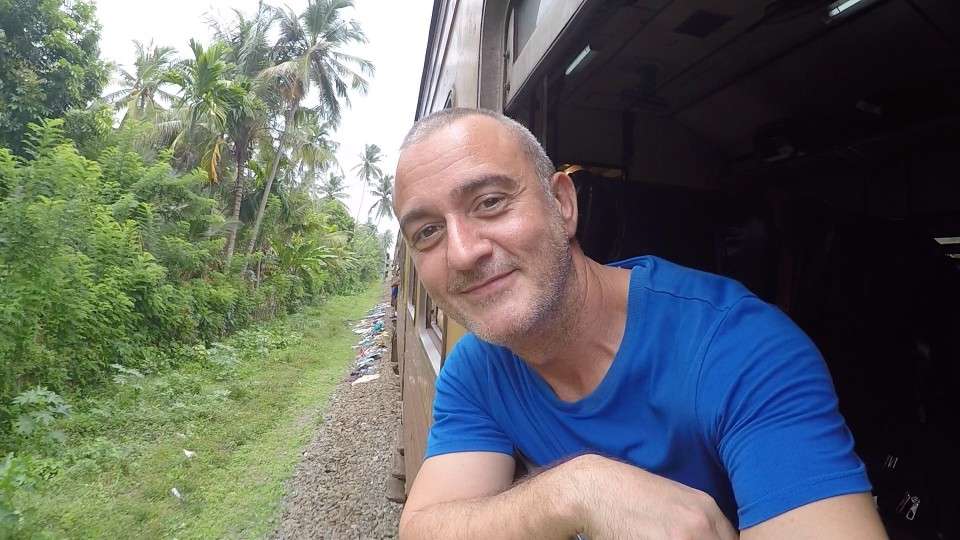 One of the best things to do when visiting Sri Lanka is taking a train ride on Sri Lanka Railway.

Sri Lanka Railway Department, branded “Sri Lanka Railways” (SLR), is Sri Lanka‘s railway owner and primary operator. It is a key department of the Sri Lankan Government, under the Ministry of Transport, with a history that begins in 1858. Sri Lanka Railways (formerly CGR – Ceylon Government Railway) operates the nation’s rail network linking Colombo – the commercial capital of Sri Lanka – and many population centres and tourist destinations.

Presently, in 2015, the Sri Lankan Railway network consists of 1,508 kilometres. The main reason for building a railway system in Ceylon was to transport tea and coffee from the hill country to Colombo.

The railway contains some of the most magnificent scenic rail routes in the world. Particularly the Main Line winding through both natural beauties such as waterfalls, natural forest mountains, misty peaks and precipices, as well as man-made festoons such as tea estates, pine forests and engineering feats including bridges and peak level stations.

The scenic rail lines in the hill country are promoted for tourism. The winding route through the hills offers spectacular views that are popular with tourists.

My train journey takes me from The Fort Railway station in Colombo to the southern city of Galle.