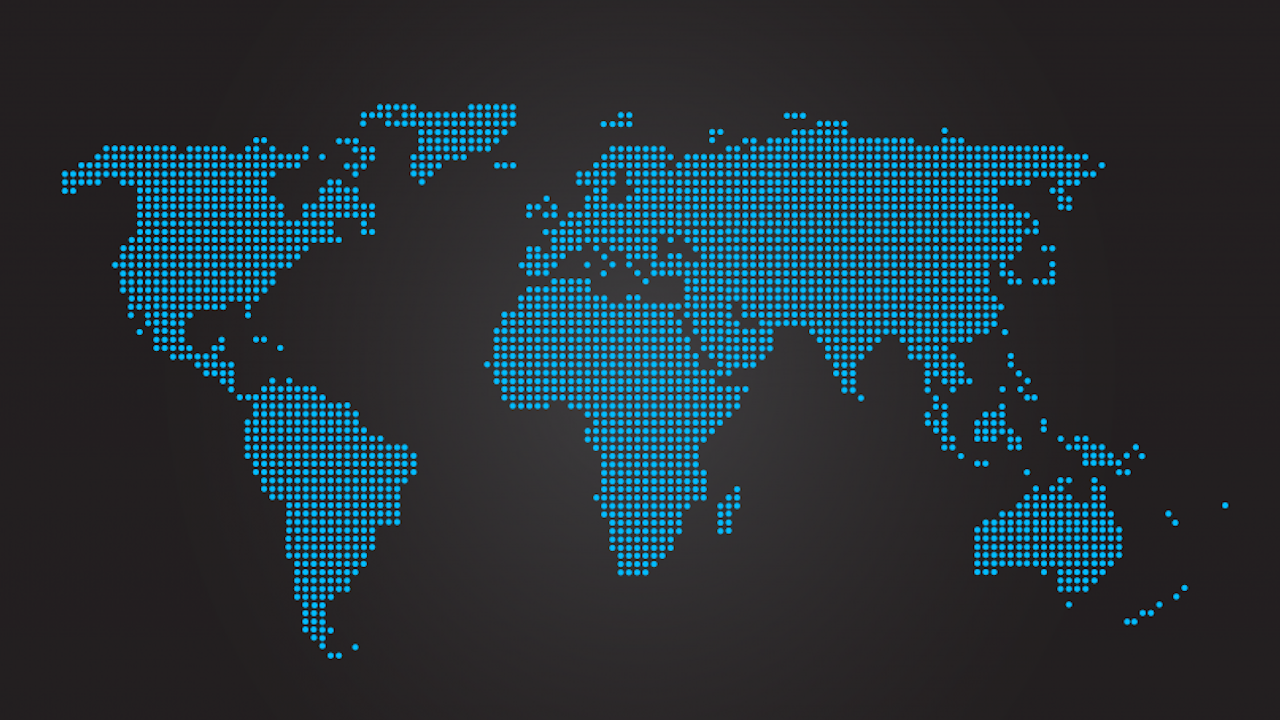 As the economic agenda continues to dominate, the travel and tourism research team at Euromonitor International takes a look at what will be hot in travel and tourism during 2012. Europe is set to face a tough year, with recession imminent, which will weaken tourism demand. However, opportunities exist in emerging regions, from Africa to Latin America, but also in developed regions such as North America and Western Europe, thanks to new technology, such as social media, as online goes from strength to strength.

After the positive performance recorded in 2011, 2012 is expected to be a challenging year for the travel and tourism industry in Europe due to austerity measures taken by several governments to reduce high public debts and deficits, rising unemployment rates and an expected credit crunch. As a result, outbound tourism flows from Europe are forecast to decline, especially from countries such as Italy, Greece, Spain and Portugal, which will be in recession as a result of the tight austerity measures they have been forced to implement. Also, Northern European countries are expected to face slower economic growth and, as a result, a sluggish performance in terms of outbound tourism flows.

The Arab Spring has fuelled impressive growth in Arab tourism to Turkey. Saudis, Kuwaitis and other tourists from Gulf countries, who are generally more inclined to spend their summers in Syria or Egypt, are flocking to Turkey. Turkey’s strategy to lure more Arab tourists comes at a time when they are seeking new destinations outside their troubled region, and this is now paying off. Tourist arrivals to Turkey are expected to continue to grow steadily in 2012, thanks to the increasing popularity of the country in the Middle East, Russia and Western Europe.

As happened during the recession in 2009, in 2012, the negative economic outlook is expected to result in a shift in consumers towards less expensive travel options. Long-haul flights, luxury hotels and business travel are expected to suffer most, while low-cost carriers and budget travel accommodation outlets are expected to fare better.

2012 is also expected to see the role of online bookings, social media networks and technology companies grow further in the travel and tourism industry in Europe. Travel companies will increasingly invest in creating a relationship with their customers through social media. As a result, the social component and the relationship with the travel company will increasingly become not only a competitive advantage but even part of the enjoyment of the travel product. Technology companies such as Google, Apple and Facebook are expected to increase their role in the industry thanks to the vast amount of information they own on travellers’ profiles.

Increasing instability and uncertainty in Syria is seeing a continued decline in arrivals to the country, and is threatening to further affect neighbouring Lebanon, as well as potentially affect Jordan.

Internet penetration across the Middle East is rising fast, and the leading markets include the UAE, Qatar and Saudi Arabia. Internet usage across the region grew by almost 2,000% between 2000 and 2011, the highest rate in the world. There are now almost 70 million internet users in the region, and the number is still growing rapidly, with the introduction of faster and more reliable internet connections. The trend is expected to continue throughout 2012. One of the fastest growing categories in the region is health and wellness tourism, including spa and medical tourism. The leading market for health and wellness tourism is the UAE, which is experiencing renewed growth in tourism, and has benefited from the turmoil in Egypt as well.

Morocco is regarded as a relatively safe destination in the region, which, despite very slow growth in 2011, saw continued positive growth over the past 10 years, and growth forecast at a 2.4% CAGR in arrivals over 2011-2016. Morocco’s Vision 2020 tourism plan is one of the factors influencing ongoing growth, with the authorities seeking to promote the destination in countries such as the US, Russia, and China rather than sticking to traditional source markets in Europe, which are being threatened by a renewed economic crisis.

Hotels, airlines and car rental companies are expected to raise prices in 2012 if demand continues to hold, despite economic uncertainty. With record-setting demand in 2011, hotels are likely to be more aggressive on pricing, although prices are still not back to pre-recession levels. Consolidation and no capacity growth are likely to drive airline prices higher, especially if oil prices spike. The car rental industry may also raise prices after two years of intense competition. All three industries are likely to keep pushing ancillary products, looking for ways to sell additional products and services to maximise revenue.

Cuba: a hotspot for Americans

In January 2011, President Obama relaxed travel restrictions, allowing Americans to visit Cuba for religious, academic and other non-governmental travel, which had been permitted until 2004. Furthermore, US international airports can now apply for licences to allow charter flights to enter Cuba. As a result, tours and charter flights have steadily increased to the island, which is likely to lead to a strong year in terms of American visitation to Cuba in 2012 as adventurers want to visit the island before the travel ban is completely lifted.

Despite the hassle of travelling to the US for residents in emerging markets, the US is expected to see strong growth in visitors from these countries in 2012. Their booming economies, coupled with must-see tourist attractions and relatively inexpensive shopping, will draw in visitors. For example, Euromonitor International predicts that arrivals from China, Brazil and Argentina will grow by 22%, 17% and 11% respectively in 2012.

A strong economic environment has set the stage for a new wave of consumerism in Latin America, mainly as less affluent consumers have gained increased access to credit and seen discretionary incomes rise in the past few years. Having already travelled domestically, this new target market is expected to start travelling internationally in 2012. International destinations like Florida and New York City are expected to rank highly in popularity amongst middle-class consumers. Travel retailers introducing international package holidays with tempting prices and reasonable financing options are most likely to succeed in the short term.

With a vast territory and numerous attractions to offer, Latin America has all the resources needed to become a leading travel and tourism destination in the world. Its cultural pluralism and diversity works as a magnet for the growing desire for authentic, experiential travel. Destinations set to capitalise on this are those located off popular tourism routes and currently seeing investments from local tourism offices to further develop their tourism potential. The addition of more destinations will help Latin American countries to improve their product offerings by offering greater choice to the consumer and, consequently, boost overall spending, as each destination will offer exclusive tourist routes and products, which will certainly help to attract a higher number of inbound tourists to the region and also encourage them to stay longer in Latin America.

Growth expectations for social networks in Latin America are high in the short and medium term. The number of internet users is forecast to reach 313 million by 2015, representing an increase of 8% over 2010-2015. Venezuela is set to achieve the highest growth in internet users during 2010-2015, at 62%, followed by Mexico and Colombia. In absolute terms, Brazil is likely to lead future growth, mainly because of its size, with an additional 37 million internet users by 2015. Higher numbers of internet users mean greater interactivity in social media sites in future. Therefore, travel and tourism companies need to have strategies in place to be able to quickly respond to all types of “tweets”, Facebook posts or online comments.

Moving from luxury to mass

Budget holidays will continue to be an attractive offer for travellers in the current economic climate, with destinations such as South Africa, recently ranked as the sixth most cost-effective long-haul option for British tourists, and Namibia, which has been moving away from luxury to the mass market, benefitting from visits by price-driven adventure travellers. Volunteer travel is expected to continue growing during 2012, with many travel operators, responding to the demand for this increasing trend, providing new offerings, as well as classic volunteer programmes.

South Africa is not only the region’s top destination for many visitors, but it is also becoming one of the world’s fastest growing destinations. The success of the World Cup provided South Africa with a great opportunity to showcase its safe investment climate for visitors to the country and display the country’s infrastructure, particularly in Johannesburg and Cape Town. These cities have become popular choices for business travellers thanks to their great range of facilities to host events, adventure and safari incentive trips.

Destinations stepping onto a global stage

Other Sub-Saharan African destinations emerging in 2012 include Ghana, which has become a serious emerging market, with high growth potential. It was the first country in Africa to be visited by Barack Obama after being sworn in as President of the US, creating great interest amongst Africans and African Diaspora. Uganda is another destination expected to boost tourism numbers as a result of its tourism diversification from gorillas to marine, faith-based, medical and eco-tourism.
In 2012, interest in Tanzania will be driven by the celebration of the country’s 50th Anniversary of Independence.

Although Europe remains the largest source market, Africa is seeing steady growth in visitor numbers from Asia, particularly China. The increased number of Chinese outbound tourists to Africa each year shows the great potential of Africa as a tourist destination. As Africa is now a key continent for China in terms of business, trade and tourism, some initiatives such as the “China To Africa” Project (CTA) led by Gambia, Tanzania and Cameroon are already helping to increase the number of Chinese tourists visiting these countries for both leisure and business trips. At present, 27 African countries have become outbound destinations for Chinese tour groups.

The African travel and tourism market is becoming important, with emerging markets showing tremendous potential to develop outbound leisure and lifestyle tourism within Africa. The increasing middle class in emerging markets, including the Democratic Republic of Congo, Angola, Nigeria and Kenya, presents huge opportunities for intra-regional leisure and business tourism.