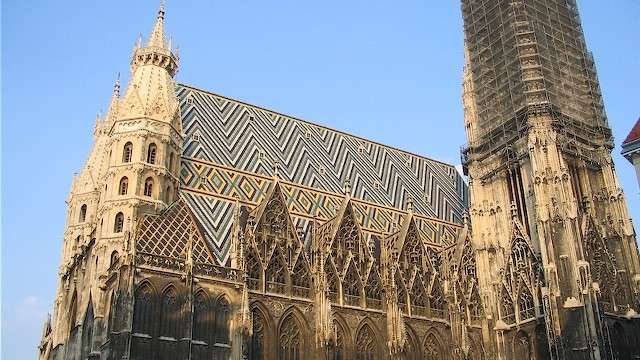 Vienna is Austria‘s largest city as well as its cultural, economic and political centre. Vienna lies in the south-eastern corner of Central Europe, the city centre designated a UNESCO World Heritage Site.

The city of Vienna is an art treasure chest with so many museums and art galleries to choose, it really is a cultural destination. It was first documented as a city in 1137, the Habsburgs reigned from 1276 to 1919. It has a turbulent history and its association with Hitler is one that most Viennese would like to erase.

Sigmund Freud, Beethoven, Mozart and Johan Strauss are just a few that came out of this great city, it lives and breathes art all around. The impressive Hofburg (Imperial Palace) which covers most of the city centre and where most attractions can be found. Vienna has a wealth of museums and galleries.

In the Museum Quarter, the third most visited spot on the list of things to do in Vienna, you will find even more museums and exhibits like the Architekturzentrun Wien (Vienna Architectural Centre), Kunsthalle (Art Hall), Leopold Museum with mainly 19th century and modernist Austrian artworks and Mumok (Museum of Modern Art) which includes the largest collection Viennese Actionism art, a collection of animal sacrifice, bloody canvases, self-mutilation and defecation.

Traditional food such as Wiener Schnitzel, Knodel, Gulash, paprika chicken, studel (yum yum) and the rich Sacher Torte, a chocolate cake with apricot jam can all be enjoyed.

Its famous symbol is the Stephansdom Cathedral, a gothic masterpeice with tiled chevron roof. A trip can be taken to the top for a view of the city or you may choose to visit the Katakomen which houses the remains of the plague victims in mass graves, as well as urns containing the internal organs of the Habsburg family.