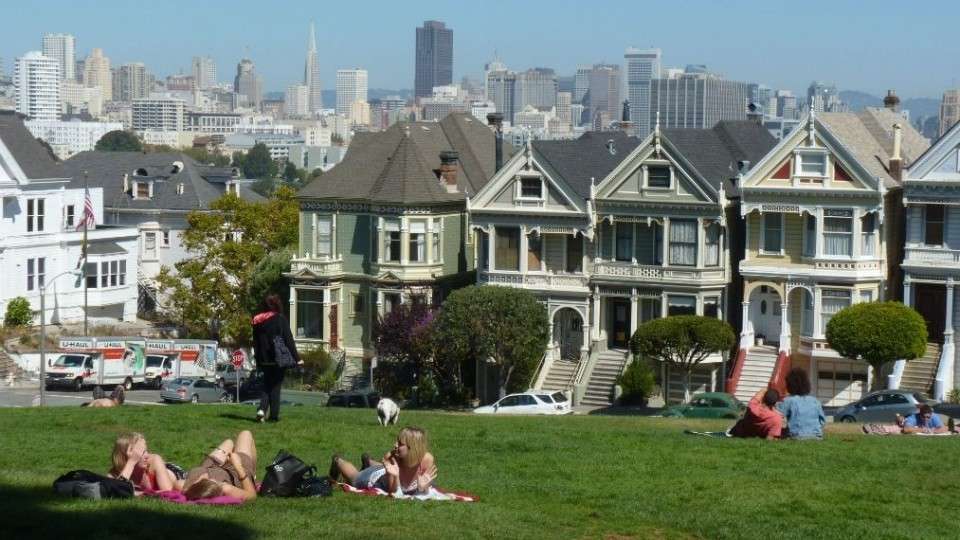 An outdoor museum of Victorian architecture and streetcars (or trams) of yesteryear from cities around America and as far as Milan (Italy), used as modern-day surface transport, along with electric buses, a green alternative to gas and diesel of today – this is San Francisco!

What appears to be a time warp of memorability and things of days gone by, neighbourhoods like Haight and Ashbury, where beat neck generation of writers lived and hippy days were celebrated. Love and peace still the message today.

The Castro district is colourful and camp, men behave as women and women as men, it is a real declaration of civil liberties that were fought and won here. Though it seems everyone wants/acts to be a character from Will and Grace. It’s not really a place where men are men, but characters from American gay friendly television shows, rather a typical characterisation of what a homosexual should behave – but far from the truth – it labels gay men as ‘camp’.

Regardless of the district, one will encounter the dozens of (friendly) homeless people this city seems to have so many of. Shopping carts, trolleys, baby carriages pushed and holding life possessions. It is a sickness San Francisco fails to correct, perhaps its always been there, maybe these street people just don’t want the help, but for a visitor, it does carry a burden of uneasiness at times.

It’s a beautiful city where the sun burns in the hills and the low cloud engulfs the Golden Gate Bridge and blows winds to send chills to your inners. It is never really hot, nor very cold, but a mix of both at all times. One must always be prepared for a sudden change in temperature in San Francisco.

It’s a mix of modern and classic nostalgia that is still celebrated and kept, and for this very reason, makes San Francisco a true living treasure.