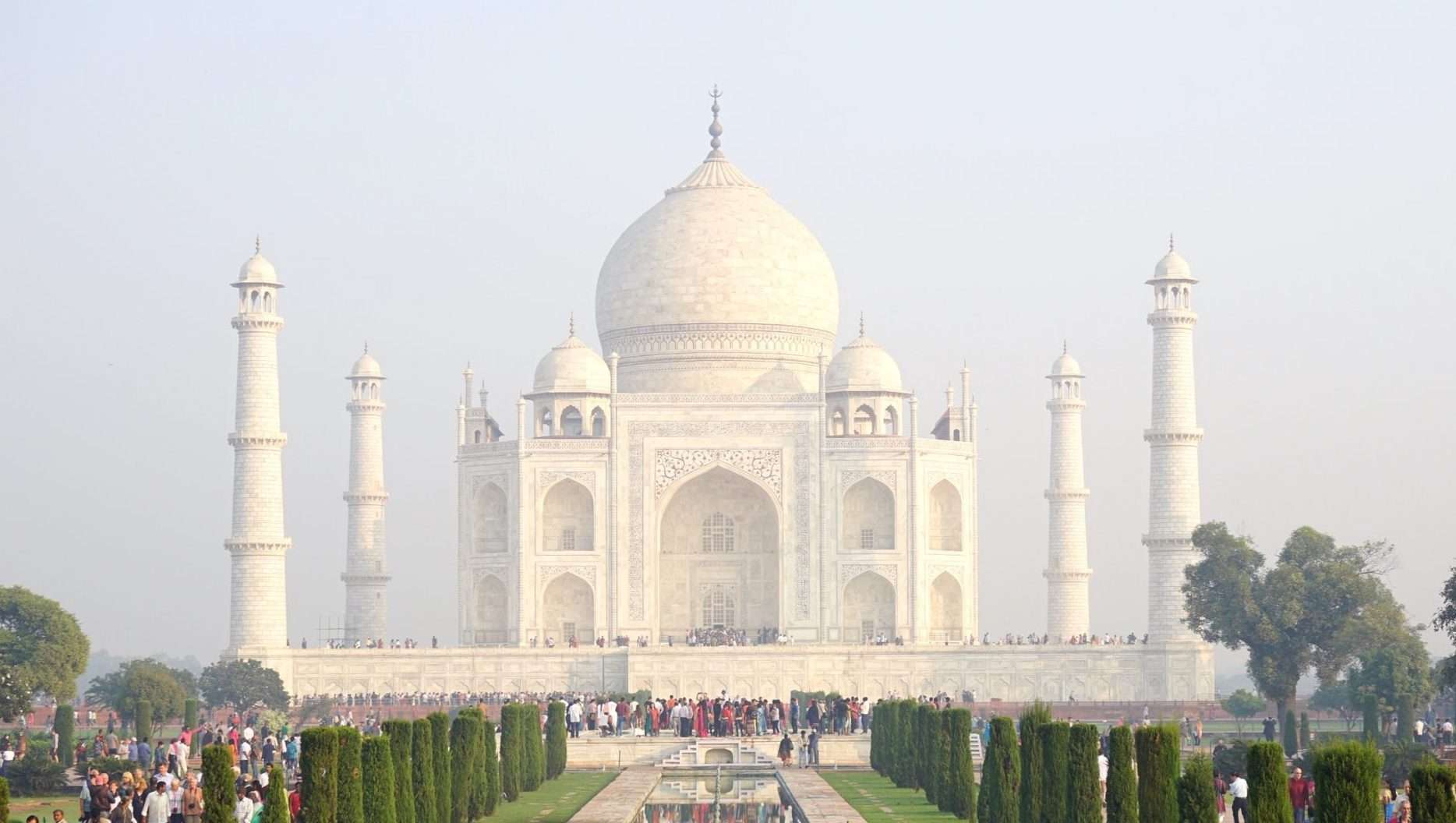 Agra is the city of the Taj Mahal, some 200 km from Delhi. A major tourist destination because of its Mughal-era buildings, most notably the Tāj Mahal, Agra Fort and Fatehpūr Sikrī, all of which are UNESCO World Heritage Sites.

Agra is included on the Golden Triangle tourist circuit, along with Delhi, Jaipur, and Varanasi.

Visit to the masterpiece, Taj Mahal at sunrise. Flawless in its proportions and breathtaking in its beauty, the Taj Mahal looks as though it were painted onto the sky itself — a vision of unrivaled magnificence. (CLOSED Fridays – You are allowed 3hrs inside the Taj from the time of check-in).

The city has little else to recommend it. Pollution, especially smog and litter, is rampant and travellers are pestered by swarms of touts and hawkers at every monument, mosque, temple or palace. That said, the sites are some of the wonders of the world and no trip to India is complete without at least one visit to the Taj.

While Agra‘s golden age was as the capital of the Mughal empire between 1526 and 1658, the city was founded much earlier. The earliest reference to Agra is in the ancient epic, the Mahabharata. The recorded history of Agra begins around the 11th century, and over the next 500 years, the city changed hands between various kings, both Hindu and Muslim.

In 1803, it came under British rule, which established the Agra Presidency there. When India regained its independence, the city was incorporated into the state of Uttar Pradesh and was not even made the state capital, which went to Lucknow, further east.

The Taj Mahal is an immense mausoleum of white marble, built between 1631 and 1648 by order of the Mughal emperor Shah Jahan in memory of his favourite wife. It took 20 years to construct and is now universally known as a monument of love.

Taj Mahal means Crown Palace. One of his wife’s names was Mumtaz Mahal, Ornament of the Palace. The Taj is one of the most well preserved and architecturally beautiful tombs in the world, one of the masterpieces of Indian Muslim architecture.

The grounds of the complex include several other beautiful buildings, reflecting pools, extensive ornamental gardens with flowering trees and bushes. The Taj framed by trees and reflected in a pool is amazing. Close up, large parts of the building are covered with inlaid stonework.

Shah Jehan was eventually buried in the white Taj, next to his beloved wife.

The fort is similar in layout to the Red Fort in Delhi, but considerably better preserved, as much of Delhi Fort was razed by the British after the Mutiny. As much as palace as a defensive structure, it is also constructed mainly from red sandstone.

Emperor Akbar, king at 14, began consolidating his empire and, as an assertion of his power built the fort in Agra between 1565 and 1571, at the same time as Humayun’s Tomb in Delhi. Emperor Shah Jahan added to the fort and ended up a prisoner in it. The fort has a beautiful view of his masterpiece, the Taj Mahal, on a clear day.