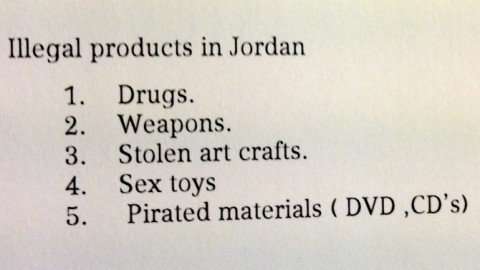 I don’t often read the packages left in rooms for information about the hotels, but on this occasion, while staying at the Movenpick Dead Sea Resort I came across a list of items banned in Jordan. Reading the list would mean it would already too late, considering reading it meant I already had entered Jordan.

In particular, there is an item, number 4, which made me chuckle more.