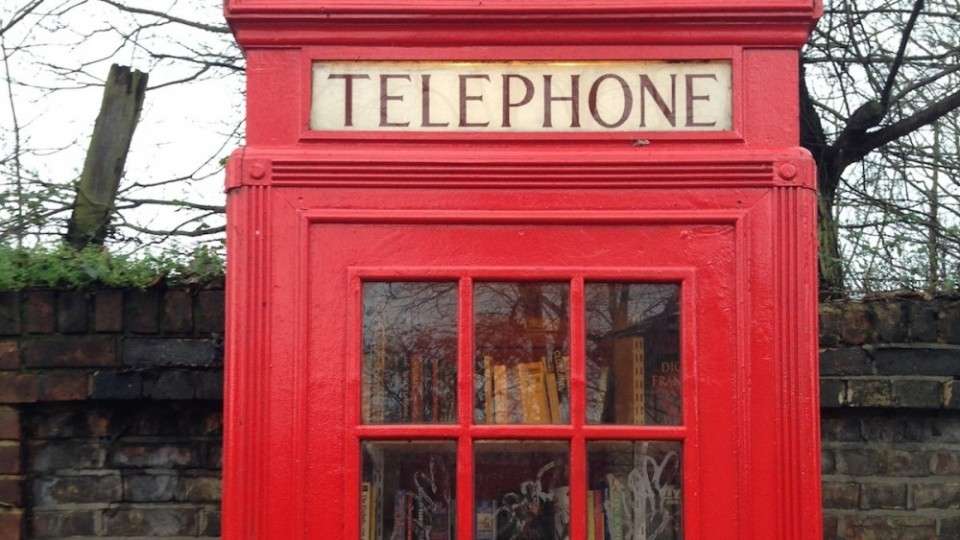 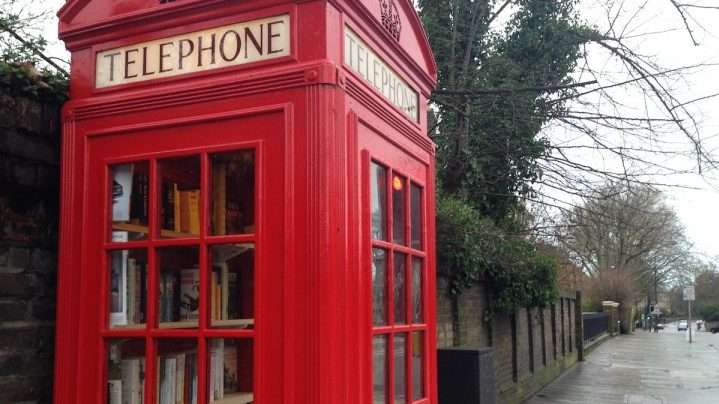 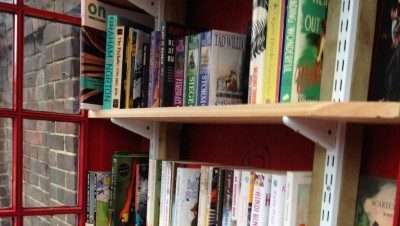 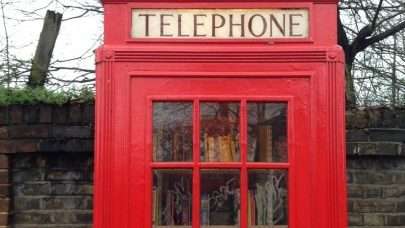 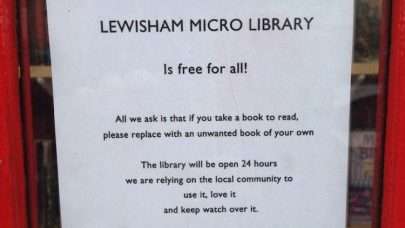 The Phone Booth Book Exchange is a disused red telephone box converted into a community micro-library.

There was something new that appeared on Lewisham Way in south London, a unique utilisation of a telephone box which was converted into a book sharing box, open to the community with only a request to take a book and leave a book behind.

Renovated by Sebastian Handley and part of a project by the Brockley Society to preserve the boxes, the concept has proved successful. Situated on Loampit Hill on the corner of Tyrwhitt Road a disused K2 classic British phone box has been transformed into Lewisham’s first mini-library.

The Lewisham Micro Library has even been featured on the BBC News as ‘London’s smallest library’, and is also listed on Google Maps as ‘Phone Booth Book Exchange’, Social Network sites have also recognised it with its own Facebook Page and a listing on FourSquare.

It’s free for all – all is asked is if you take a book to read, and replace with an old book of your own if you can. The library will be open 24 hours and rely on the local community to use it, love it and keep watch over it.

It’s not what you get, it’s what you leave behind.

This is an excellent use of something rarely (if never now) used and brings together the community. It also demonstrated that this part of London can have successful social projects which are maintained by individuals who care about where they live.