Visa information for travel based on your Passport 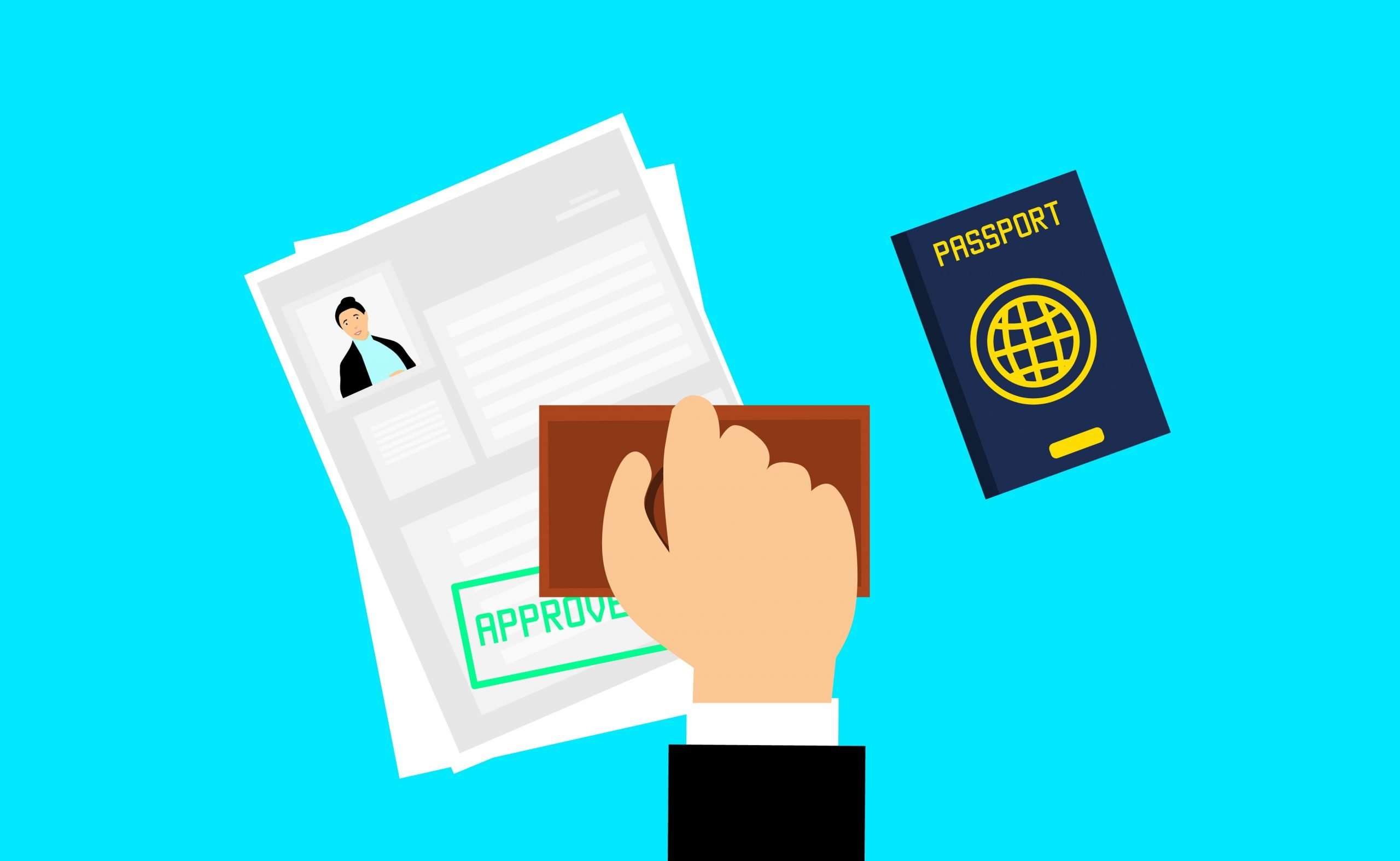 A visa is a conditional authorization granted by territory to a foreigner, allowing them to enter, remain within, or to leave that territory which may include limits on the duration of the foreigner’s stay, areas within the country they may enter, the dates they may enter, the number of permitted visits or an individual’s right to work. In each instance, a visa is subject to entry permission by an immigration official at the time of actual entry and can be revoked at any time. A visa most commonly takes the form of a sticker endorsed in the applicant’s passport or other travel documents.

Sources of information regarding visa requirements based on the Passport you hold:

Immigration officials are empowered to permit or reject the entry of visitors on arrival at the frontiers. If a permitted entry, the official would issue a visa, when required, which would be a stamp in a passport. Today, travellers wishing to enter another country must often apply in advance for what is also called a visa, sometimes in person at a consular office, by post, or over the internet. The modern visa may be a sticker or a stamp in the passport or may take the form of a separate document or an electronic record of the authorization, which the applicant can print before leaving home and produce on entry to the visited territory. Some countries do not require visitors to apply for a visa in advance for short visits.

Visa applications in advance of arrival give countries a chance to consider the applicant’s circumstances, such as financial security, the reason for travel, and details of previous visits to the country. Visitors may also be required to undergo and pass security or health checks upon arrival at the port of entry. Some countries require that their citizens, as well as foreign travellers, obtain an “exit visa” to be allowed to leave the country.

Some visas can be granted on arrival or by prior application at the country’s embassy or consulate, or through a private visa service specialist who is specialized in the issuance of international travel documents. These agencies are authorized by the foreign authority, embassy, or consulate to represent international travellers who are unable or unwilling to travel to the embassy and apply in person. Private visa and passport services collect an additional fee for verifying customer applications, supporting documents, and submitting them to the appropriate authority. If there is no embassy or consulate in one’s home country, then one would have to travel to a third country (or apply by post) and try to get a visa issued there.

Short-stay or visitor visas. For short visits to the visited country. Many countries differentiate between different reasons for these visits, such as:

Immigrant visas. Granted for those intending to settle permanently in the issuing country (obtain the status of a permanent resident with a prospect of possible naturalization in the future):

Official visas. These are granted to officials doing jobs for their governments, or otherwise representing their countries in the host country, such as the personnel of diplomatic missions.

By the method of issue

On-arrival visas. Countries that issue visas or permits on arrival for all arriving visitors, also known as visas on arrival (VOA), they are granted at a port of entry. This is distinct from visa-free entry, where no visa is required, as the visitor must still obtain the visa on arrival before proceeding to immigration control.

Electronic visas. An electronic visa (e-Visa or eVisa) is stored in a computer and is linked to the passport number so no label, sticker, or stamp is placed in the passport before travel. The application is done over the internet, and the receipt acts as a visa, which can be printed or stored on a mobile device.

Once issued, a visa will typically have to be used within a certain period of time. Once in the country, the validity period of a visa or authorized stay can often be extended for a fee at the discretion of immigration authorities.

Entering a country without a valid visa or visa exemption may result in detention and removal (deportation or exclusion) from the country.

Even having a visa does not guarantee entry to the host country. The border crossing authorities make the final determination to allow entry, and may even cancel a visa at the border if the alien cannot demonstrate to their satisfaction that they will abide by the status their visa grants them.

Some foreign visitors sometimes engage in what is known as a visa run: leaving a country—usually to a neighbouring country—for a short period just before the permitted length of stay expires, then returning to the first country to get a new entry stamp in order to extend their stay. Despite the name, a visa run is usually done with a passport that can be used for entry without a visa.

In general, an applicant may be refused a visa if they do not meet the requirements for admission or entry under that country’s immigration laws. More specifically, a visa may be denied or refused when the applicant:

Even if a traveller does not need a visa, the aforementioned criteria can also be used by border control officials to refuse the traveller entry into the country in question.

The main reasons states impose visa restrictions on foreign nationals are to curb illegal immigration, security concerns, and reciprocity for visa restrictions imposed on their own nationals. Visa restrictions may also be imposed when nationals of another country are perceived as likelier to be terrorists or criminals, or by autocratic regimes that perceive foreign influence to be a threat to their rule.

A fee may be charged for issuing a visa; these are often also reciprocal—hence, if country A charges country B‘s citizens for a visa, country B will often also charge the same amount for country A‘s visitors. The fee charged may also be at the discretion of each embassy. A similar reciprocity often applies to the duration of the visa (the period in which one is permitted to request entry of the country) and the number of entries one can attempt with the visa. Other restrictions, such as requiring fingerprints and photographs, may also be reciprocated. Expedited processing of the visa application for some countries will generally incur additional charges.

Some countries that allow visa on arrival do so only at a limited number of entry points. Some countries such as the European Union member states have a qualitatively different visa regime between each other as it also includes freedom of movement.

Possession of a valid visa is a condition for entry into many countries, and exemption schemes exist. In some cases, visa-free entry may be granted to holders of diplomatic passports even as visas are required by normal passport holders.

Some countries have reciprocal agreements such that a visa is not needed under certain conditions. Other countries may unilaterally grant visa-free entry to nationals of certain countries to facilitate tourism, promote business, or even to cut expenses on maintaining consular posts abroad.

Some of the considerations for a country to grant visa-free entry to another country include (but are not limited to):

Blank passport pages. Many countries require a minimum number of blank pages to be available in the passport being presented, typically one or two pages. Endorsement pages, which often appear after the visa pages, are not counted as being available.

Vaccination. Some other countries require vaccination only if the passenger is coming from an infected area or has visited one recently.

Criminal record. Some countries, including Australia, Canada, Fiji, New Zealand and the United States routinely deny entry to non-citizens who have a criminal record.

Several countries mandate that all travellers, or all foreign travellers, be fingerprinted on arrival and will refuse admission to or even arrest travellers who refuse to comply. Many countries also require a photo be taken of people entering the country. Together with fingerprint and face recognition, iris scanning is one of three biometric identification technologies internationally standardised since 2006 by the International Civil Aviation Organization (ICAO) for use in e-passports.

Visa information for travel based on your Passport

5 Tips To Avoid Forgetting Things Before You Travel

Travel in a pandemic – to go or not to go?